Dementia and Alzheimer's in the Elderly

Your family is not alone. The effects of dementia and Alzheimer's are devastating, not only to the one suffering from dementia or Alzheimer's, but also to the family members who are coping with this new reality. You may feel alone in this battle, but there are many other families who are struggling with these same circumstances in their own family. Coming to a better understanding about the symptoms and effects of dementia and Alzheimer's, may help change your perspective on this issue. Also, we will provide you will a couple resources that may help you get the support you need during this time.

First, it is important to understand that although the terms "dementia" and

"Alzheimer's" are often used to mean the same thing, they are defined and diagnosed differently. Dementia refers to, "A loss of mental ability severe enough to interfere with normal activities of daily living." This can encompass a wider variety of diseases, but Alzheimer's disease accounts for 60 to 80 percent of dementia cases.

Although Alzheimer's is most commonly found in and associated with the elderly, it is not a natural part of the aging process. Alzheimer's is a progressive disease that gets worse over time; the intensity and form the symptoms take will change as the disease progresses. For example, in the beginning stages an individual might experience minor memory loss, but in later stages an individual may experience more severe memory loss, affecting their ability to function independently.

Some of the general symptoms of Alzheimer's include:

If any of these symptoms are occurring in you or your family member, a doctor should be seen right away. Although there is no cure for Alzheimer's, there are a few helpful intervention methods that can slow down the process. Early diagnosis is key for Alzheimer's treatment. There are very noticeable changes that take place in the brain scans; Alzheimer's prevents nerve cells in the brain from accurately performing their job. This causes the brain to lose function, resulting in many of the symptoms seen above.

The best way to communicate with your family member who has Alzheimer's is to meet them where they are at, and be aware that this may change from day to day. This disease is completely out of their control, and should not be handled with anger and frustration. It is important for family members to get support during this time, because it can become too big of a physical and emotional burden, especially on family members who also have the responsibility of being the main caregiver.

Here are a few helpful resources in regards to this topic and support for your family:

Comfort of Home Healthcare is Excited to Announce...

From All of Us to All of You

Elderly Care is a Family Affair 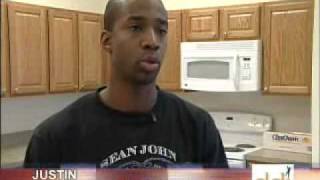 What it is Like Working as a Direct Care Professional

Senior and Disability Services Through Mediciad

Dementia and Alzheimer's in the Elderly